Although the closure of Illinois’s civil courthouses has caused a delay in court proceedings, it has not prevented the attorneys and staff at Theisen & Roche from working tirelessly for our clients. 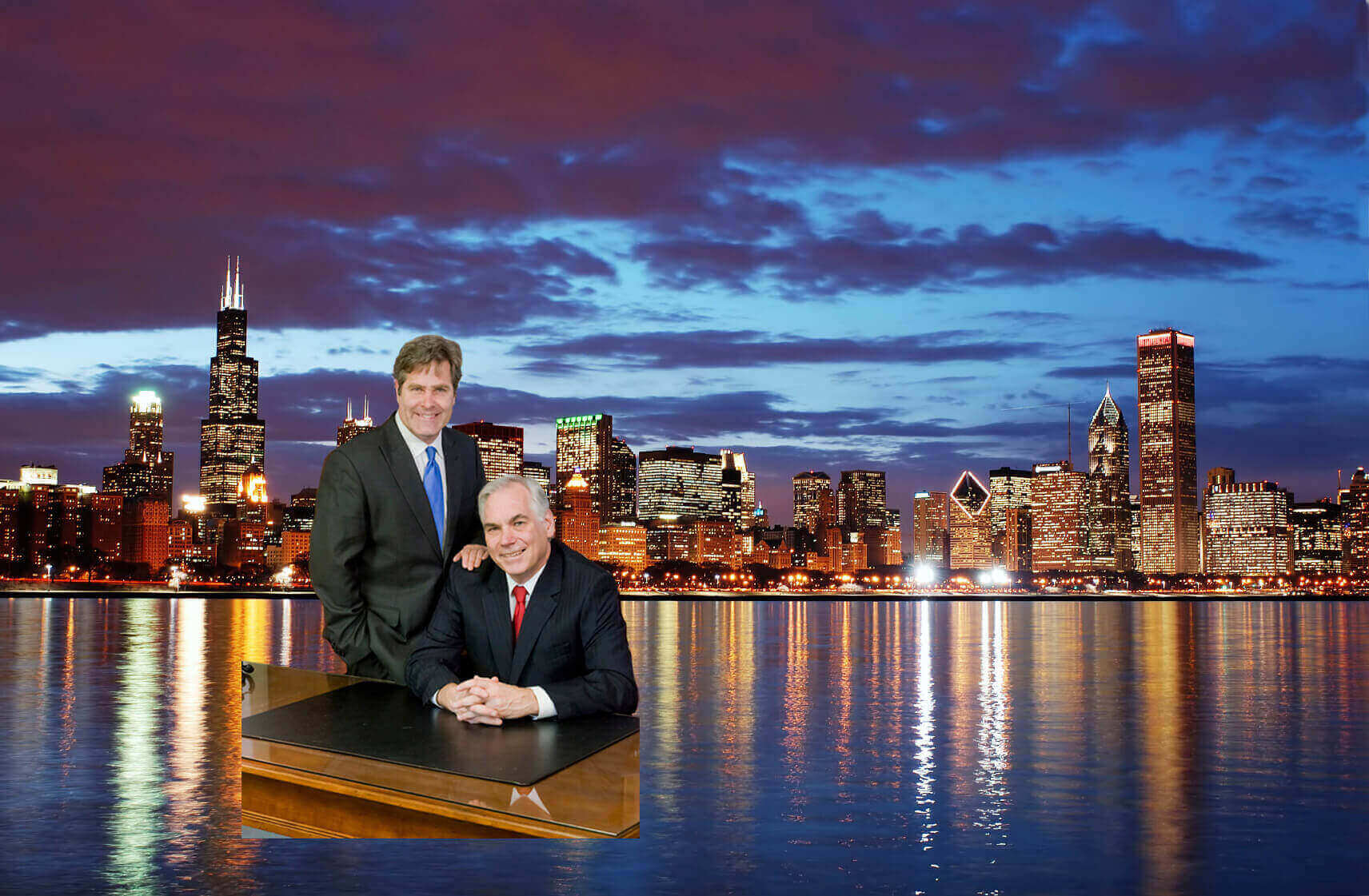 Our personal injury lawyers in Wheaton, Aurora and surrounding areas provide you with the aggressive representation needed to obtain you the compensation that you deserve.
October 2017 – Theisen & Roche obtain record Illinois verdict of $54 million for auto personal injury 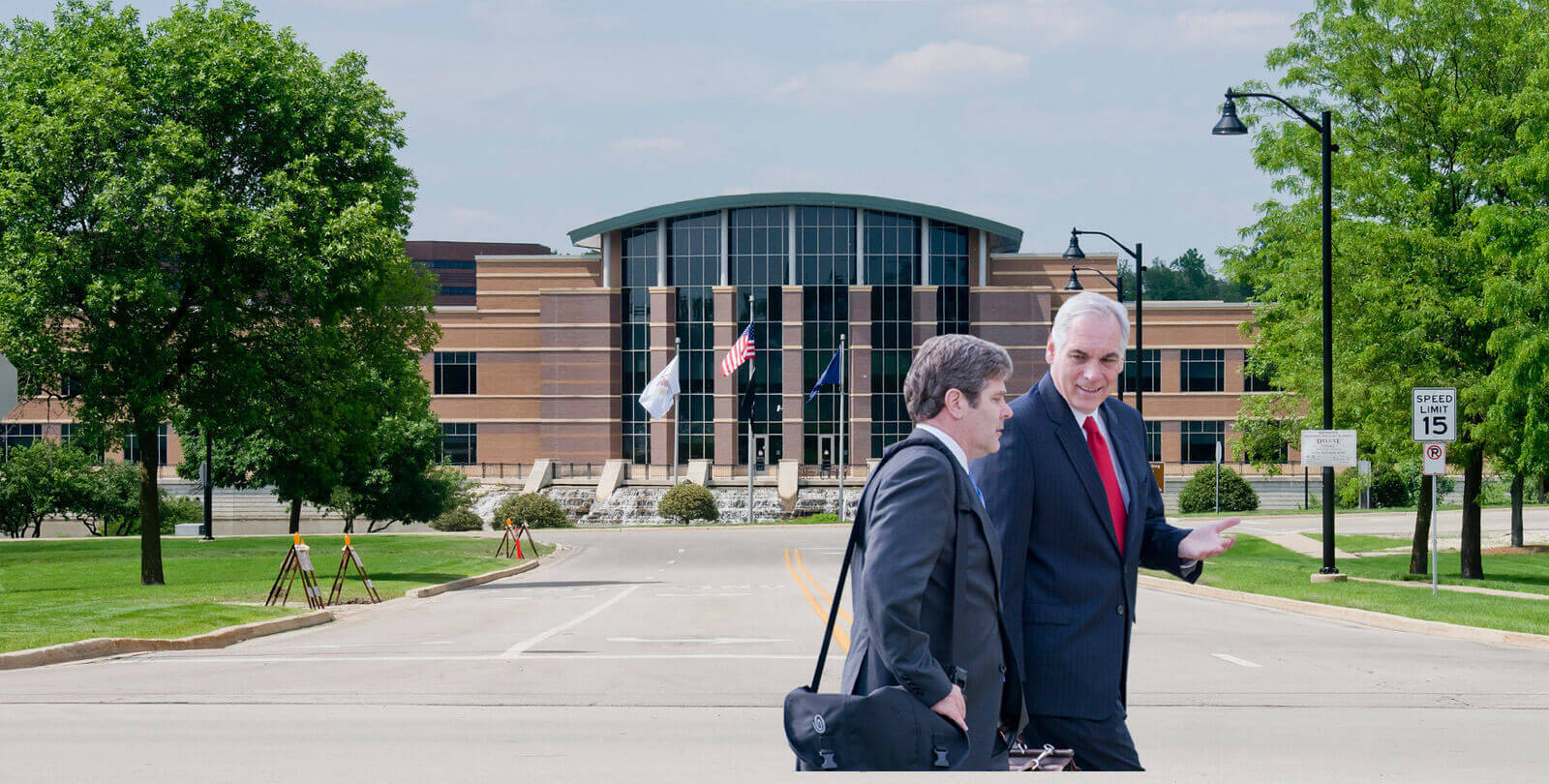 Our attorneys have many years of courtroom experience and the legal knowledge to build your case, produce results and get you back on your feet.

Determined Dedication to Your Case

Over 50 Years of Legal Experience

As former insurance company attorneys, our team of legal professionals knows how to obtain your complete settlement without delay.

In 2020, Theisen & Roche secured a settlement on behalf of their client who had been involved in a wrong way collision.

Theisen & Roche, in 2017, secured a verdict on behalf of client who was rear-ended by a semi and suffered knee and spine injuries with resulting chronic pain.

In 2016, Theisen & Roche secured a judgment on behalf of a family who lost three family members as the result of a triple homicide related to a custody dispute.

In 2013, Theisen & Roche secured recovery on behalf of an individual that was rendered quadriplegic when the car she was a passenger in crashed into a tree. The lawsuit was brought against the driver of the car and the manufacturer of the car seats. The manufacturer of the car seats failed to provide adequate instructions with respect to the installation of the seats. As a result, the seats were not properly bolted and/or installed, which lead to a spinal cord injury.

In 2013, Theisen & Roche secured a settlement for young father who suffered a traumatic brain injury after being pinned by paneling which fell forward onto him.

$1.6 Million for an Automobile Collision

Theisen & Roche secured a settlement on behalf of a police officer who was parked in the median monitoring traffic and was rear-ended by a motorist who drove into the median. The Plaintiff suffered injuries to both knees and his cervical and lumbar spine and underwent multiple surgical procedures. Plaintiff was also unable to continue his employment as a police officer due to his injuries.

In 2013, Theisen & Roche secured recovery on behalf of a doctor who was rear-ended by a semi tractor-trailer. Plaintiff underwent arthroscopic knee surgery, lumbar surgery and cervical fusion surgery.

In 2013, Theisen & Roche secured recovery on behalf of three individuals who were passengers in a vehicle which made a sudden evasive maneuver, causing the vehicle to roll. The vehicle was insured for $1.0 million policy limits. Theisen & Roche was able to recover an additional $500,000, despite the excess carrier’s claims of no coverage.

While exiting her first floor condominium, a woman fell on a patch of ice that had formed on the condominium’s rear stoop. The plaintiff suffered a fractured femur requiring multiple surgeries and substantial wage loss from her employment as a nurse. Theisen & Roche was able to establish that the defendant condominium association had prior knowledge of a long-standing hazard, which led to the ice, yet, they did nothing to remedy the defect.

In 2013, Theisen & Roche secured recovery on behalf of a gentleman whose car was sideswiped by a landscaping truck, despite the fact that his car only incurred minimal damage.

Theisen & Roche secured recovery on behalf of a fence company employee who struck an underground 12,000 volt electrical line which the utility locating service failed to mark. Defendant’s employee testified concerning the lack of training and her request for more training before being sent into the field to mark underground utilities. Theisen & Roche successfully argued the right to request punitive damages on behalf of plaintiff.

Plaintiff was performing his duties on the third-floor units of a construction project. Plaintiff did not have any fall protection as required by OSHA regulations, a situation which had existed at least two (2) days prior to the incident. As Plaintiff was working on a third floor unit, he fell. Plaintiff sustained, among others, a closed head injury.

Partial Settlement on behalf of a minor who suffered third degree burns due to excessively hot water surging from the bathtub spigot. Settlement paid on behalf of the property management company who was responsible for tenant complaints.

Recovered for a young women struck head-on by a drunk driver. She suffered a fractured pelvis, ankle and wrist, with surgical repair of the ankle. The at-fault driver was underinsured with only a $20,000 insurance policy. The balance of the settlement was paid by the underinsured carrier. Theisen & Roche was able to collect additional funds directly from the responsible driver, in excess of the driver’s insurance limits, for property damage.

Theisen & Roche, Ltd. successfully litigated the case against the rental car company’s insurance company, despite the fact that defendant only had $20,000 of insurance coverage. The company refused to extend coverage due to an exclusion in the policy.

Recovered for a woman injured in a low speed collision when the defendant exited a parking garage on the wrong side of the road. Plaintiff suffered exacerbation of a pre-existing back condition, namely degeneration and disc bulge at L4-5 two months prior to the collision and an annular tear at L4-5 following the collision.

Recovered on behalf of a gentleman who suffered burns to his legs. Plaintiff was a truck driver who was delivering lime to a mining operation plant. On the date in question, it was raining heavily and there was 12-14 inches of standing water mixed with lime at the silo where plaintiff was to drop off his load of lime. The standing water formed due to the plant’s faulty drainage system. Plaintiff could not avoid standing in the water while performing his duties. Plaintiff suffered 2nd and 3rd degree burns to his legs due to standing in the caustic water/lime run-off.

Policy limits obtained on behalf of a client who was rear-ended and suffered low back injuries which required surgery.

Policy limits obtained on behalf of client who suffered non-surgical spine injuries in a rear-end collision.

Award on behalf of client who was injured when she slipped and fell on a natural accumulation of ice as she was leaving work. The award was entered against a snowplow contractor who negligently plowed the lot.

Theisen & Roche, Ltd. obtained a jury verdict against a tanning salon. Plaintiff suffered second degree burns on her chest and neck after using a tanning bed for less than 10 minutes. The salon owner had failed to replace the filters after changing the bulbs.

Recovery for an individual that was injured in a drive-by shooting. The shooter’s homeowners insurance company denied coverage based upon the intentional act exclusion contained in the homeowner’s policy. Theisen & Roche was able to recover from the insurance company despite the exclusion.

Judgment on behalf of a client bitten by her neighbor’s dog. Client suffered bites to the right arm, back and thigh.

Recovery for an individual who was kneed in the abdomen by a co-worker causing internal bleeding which required surgical repair. Theisen & Roche was able to recover from the defendant’s homeowner’s policy, despite policy language excluding intentional acts.

Settlement on behalf of client who suffered injuries to the groin as a result of a dog bite.

Recovery against a doctor for medical negligence on behalf of a patient who lost one kidney when a physician left a clamp on plaintiff’s ureter following surgery.

Settlement on behalf of an organ recipient who received a heart which had been donated by a high risk donor. Plaintiff subsequently contracted HIV and Hepatitis C from the organ. Plaintiff was not informed the organ had come from a high risk donor and was not given the opportunity to make an informed decision before electing to proceed with the transplant.

From my initial contact through settlement, Mr. Roche and Ms. Mazuc have been extremely professional and demonstrated their dedication and expertise in many ways to my case. I appreciated the communication, sincere concern and quality work that was performed on my behalf. I would not hesitate recommending them to anyone!

I want to write on behalf of my own landscape crew. Jim Roche went far beyond the call of duty in assisting one of our part-time helpers. His assistance not only relieved Raul and his family, but gave the other workers a great sense of affirmation for being heard and knowing that there are other people that really are watching out for the working poor. Thank you for all your help in resolving this matter. This meant a great deal.