Nursing home abuse and neglect are not uncommon, and personal injury lawyers like Theisen & Roche are committed to fighting it and finding justice for the victims. However, sometimes the evidence is dismissed or suppressed in an abuse claim, as is the case with the evidence gathered by John Chiurato to help his elderly father. 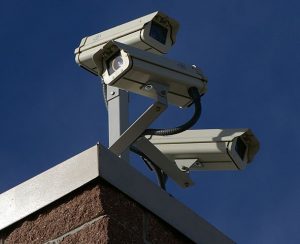 When Chiurato’s 88-year-old father, Francesco, began complaining about a new employee at his home of Pleasant View Luther Nursing Home, the younger Chiurato knew action had to be taken. In order to substantiate his father’s claims about the employee, Chiurato set up a surveillance camera in the room. The footage revealed a pattern of disturbing abuse and neglectful behavior toward the nursing home resident.

Once the video was turned into the local police department, detectives charged the employee, Doris Burke, with felony aggravated battery to a person older than 60 and felony abuse of a long-term health care facility resident. Burke pleaded not guilty to the charges.

Burke’s attorney argued that the video evidence captured by Chiurato should be suppressed due to its violation of the Illinois Authorized Electronic Monitoring in Long-Term Care Facilities Act. The act went into effect in January 2016 and requires that a resident in a long-term care facility must notify the facility in writing before installing a recording device. Chiurato stated that he was unaware of the stipulations presented in the act.

The Pleasant View Luther Nursing Home in Ottawa, Illinois, has been fined $13,750 by the state’s Department of Health for “failing to protect residents from verbal and physical abuse by staff.” LaSalle County’s State’s Attorney took over the case for Chiurato and hopes to bring closure to him and his family, as well as prevent other certified nursing aides & long-term care facility employees from committing similar crimes.

At Theisen & Roche, Ltd., we know the law in Illinois and we can help you avoid situations like this so that we can work together to seek justice for your loved ones. If you suspect or know that a loved one is being abused or neglected in a long-term care facility, contact our law firm for a free case evaluation. We proudly serve the Chicagoland area, including Aurora, Naperville, Glen Ellyn, Wheaton, Downers Grove and Elmhurst. Call us 24/7 at (888) 845-7241 or email us for a consultation today.