The Impact of Car & Trucking Accidents

Recently, a large, multi-vehicle collision happened on the Dan Ryan Expressway in Chicago. The accident, which included seven vehicles, one of them a dump truck, caused road blockages and a number of injuries. Following the incident, 11 people were sent to the hospital and five others refused treatment at the scene, where Illinois State Police, fire and emergency responders showed up to investigate and to help those involved.

Rush-hour traffic is already bad in the Windy City, even without accidents like this one. Accidents are often preventable when drivers are following the laws and paying attention to their surroundings. Driving under the influence of any substance, getting distracted by phones or other people, not following traffic laws and driving while tired all can lead to collisions and even if no one is physically injured, this can cause issues for other drivers and much of the city.

The accident referenced above left all inbound lanes blocked near 77th Street and the expressway, which surely was a headache for anyone trying to travel in and around Chicago that day. Additionally, both the city and the state use a lot of resources every time something like this happens, in the form of emergency responders. 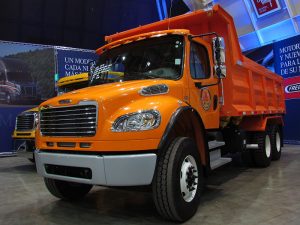 Car accidents can cause great damage to drivers and passengers involved, but the impact increases when a truck is involved. Accidents involving tractor-trailers or similarly large trucks rarely result in minor injuries, especially when there are smaller vehicles in the collision.

The recent accident on the Dan Ryan Expressway involved a dump truck and it isn’t known what impact that had on the results of the accident. Statistically, there’s a good chance that it did contribute to the incident in a way that a car-only collision would not have, though, of course, any roadway accident is potentially dangerous to those involved.

If you have been involved in a car accident or trucking accident in Wheaton, Naperville, Elmhurst, Chicago, or the surrounding areas, the partners at Theisen & Roche can help. Our experienced Illinois injury lawyers will help you get the compensation you deserve. Call 24/7 at (888) 845-7241 or get a free case evaluation online.