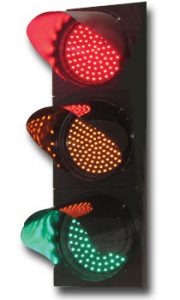 Despite a bribery scandal and revelations of operational irregularities, the City of Chicago is sticking to its guns on the issue of red light cameras (RLCs) installed at local intersections — but officials are also willing to give “well-intentioned” red-light runners “the benefit of the doubt,” according to the Chicago Tribune.

Changes Ordered by the City

Chicago’s automated camera systems are installed at area intersections in order to catch red light-defying drivers in the act. The cameras photograph violators’ faces and license plate numbers, producing “evidence” on the basis of which police can later issue tickets by mail.

Similar systems are now in use throughout the country. In Chicago, where offenders must pay $100 per violation, one of the nation’s largest and oldest RLC systems has been dogged by discontent since its introduction in 2002.

In a bid to make Chicago’s controversial automated enforcement program more palatable, city officials have announced an official increase of two-tenths of a second in the so-called ‘grace period’ after which a driver who enters the intersection after the red will be photographed for later ticketing. Authorities will also order placement adjustments, removing devices from six intersections while adding them to another five within the city.

The package of changes comes after a $300,000, taxpayer-funded study concluded that the tweaks would improve fairness without compromising public safety. The city’s Transportation Committee says the new ‘grace period’ will cut violations by about a third, thus undercutting the government’s red-light revenue catch by about $17 million annually. It is unclear if these cosmetic changes will satisfy program critics.

The Effectiveness and Legality of Chicago’s Red Light Cameras

According to Chicago’s brass, the multimillion-dollar, revenue-positive program is about improving public and traffic safety. But opponents are many and vocal, claiming for instance that any gains in public safety are minimal. What does the data say?

According to The Transportation Center at Northwestern University, studies reliably confirm the effectiveness of red light cameras for reducing reckless driving in general and also specific types of accidents, like “right angle” crashes, i.e. T-bone collisions.

On the other hand, RLC systems may actually increase the number of rear-end collisions as motorists become more likely to throw on the brakes at the last minute, so trade-offs do exist. However, T-bone collisions are usually more dangerous and damaging than rear hits, so the trade-offs may be worth it. The key, analysts say, is smart implementation that targets hotspots which would benefit most from enhanced enforcement.

As for the legality of the program, the law appears to be on the side of government proponents — at least in Illinois. In numerous other states, similar programs have crumbled in the face of various legal challenges. For now, though, it appears Chicago will remain one of the most RLC-regulated urban drivescapes in the U.S.

If you end up in an accident anywhere on the road in Chicago, Aurora, Wheaton, Naperville or nearby, get in touch with Theisen & Roche, LTD. Whether you’re rear-ended at an intersection with red light cameras or T-boned at an intersection lacking cameras, we can help you with your legal case. Our car accident attorneys have more than 40 years of combined experience in Illinois. If you’re looking for an accident lawyer in Chicago, get a free case evaluation online today.